Late in 1912, the Columbus Presbytery decided to establish a church at the north end of Columbus. Land was purchased at Oakland Park Avenue and Broadway Court. A small chapel was built and the first service was held on September 27, 1914. The Rev. Walter Houston presided. 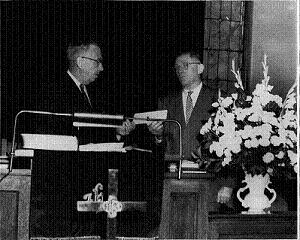 A petition for a church organization was presented to the Presbytery of Columbus and, on January 10, 1915, Oakland Park Presbyterian Church held it’s first worship service with the Rev. Frederick Kirker as the first full-time pastor. During his ministry, a brick church building was completed at 35 Oakland Park Avenue to provide the congregation room to grow – and grow we did! 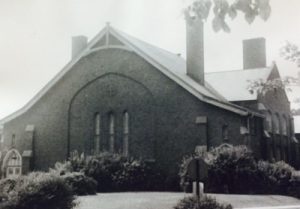 In 1942, the Rev. Raymond Dronsfield, D.D. began a new chapter in the history of the church as a minister of Oakland Park. The congregation outgrew the Oakland Park Avenue building after World War II, and so in 1950 a new church was planned at North High Street and Croswell Road.

With the move to the new location in 1953, the congregation voted to change the church’s name to The Overbrook Presbyterian Church. In 1966, an educational wing was added, and the Overbrook Weekday Preschool was opened. Dr. Dronsfield served Overbrook for 29 years and was named Minister Emeritus.

Over our 100 plus year history, we have worked with more than 40 pastors, associate pastors and interim pastors. Each has left a legacy which has helped the congregation to learn, to grow and to embrace the future as we walk with God and strive to make a positive impact on the world in which we live.

In 2015, we celebrated our 100th anniversary. We look forward to embracing the ministries and missions which God will call us towards in the next 100 years.

Calendar
Volunteer
What to Expect